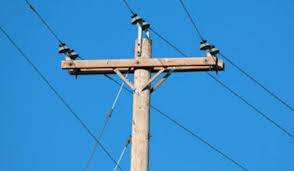 Everywhere I look I see telephone poles. It has always been ironic to me from the beginning of my walk of faith in Christ that man’s first attempt to communicate with man on a global scale was upheld by the arms of telephone poles.

God had confounded mans language and his ability to communicate with himself at the tower of Babel. He did this because mankind had lost its focus on the God who created him, thereby elevating themselves higher than God.

Yet, what tool did mankind choose to uphold lines of communication with each other later in history…a telephone pole…the sign of the Cross of Christ. The symbol of Gods calling out to every person on earth to repent and look up to His Son for Salvation was now everywhere on the surface of the earth. 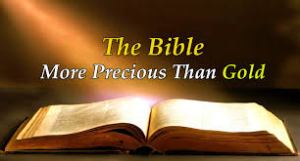 The morning is overcast with clouds and bitter cold. While driving my eye caught something unusual happening near a telephone pole. I have written about telephone poles before.

They represent the Via Delarosa, the road of suffering of Mankind. Embedded in the telephone pole is the Cross of Christ. Crosses line the roads of the earth carrying the means of communication for the entire world. A tool created by men so they can communicate with each other.

Yet they cannot see the symbolism of the one who came to communicate the Good News to each of them right before their eyes. The Cross belongs to Jesus who came to bear their crosses, if only people would turn, and see HIM, then Believe and be healed.

His Cross-is everywhere yet He continues to be ignored and overlooked throughout the generations of mankind.

What caught my eye this morning was one Telephone Pole in particular. I slowed the car down and pulled over to the side of the road and watched for 10 minutes in amazement as hundreds of birds flocked to both sides of the Pole and took their places next to each other on the telephone wires.

There is a Jewish myth regarding birds congregating on the telephone wires on both sides of the Pole. It means the birds have been invited to a wedding.

But that moment in time painted a different picture to my mind and heart. What I saw was Christ the Bridegroom standing in the middle of His Bride…His Church.

Each bird represented one believer in Christ as one after another they took their place saved for them from eternity past on either side of HIS Cross.

I could not help but wonder how many hours, how many days were left before the last person called forth from the mind of God would accept Jesus as Lord and Savior and bring the end of time as we know it.

With that one last believer, Christ would come again and reclaim what is HIS bringing both the end and a new beginning at the same time. It gave me comfort on the ride to church to know that the day was almost here. That shadows would soon disappear forever as Christ brings the Dawn of Eternity with HIM.

There are many signs that God has left for us in the Bible that are meant to remind us of Him and Him of us. The Rainbow that appears in clouds is one such sign. It represents a covenant between God and Mankind and every living creature on the face of the planet, including the planet itself.

When God sees the Rainbow it reminds him and us that the waters will never again rise to destroy all flesh.

When I became a believer in Jesus, I noticed that mankind also put a sign on the earth representing a new covenant, but not with God. This sign that met my gaze everywhere I looked was the telephone pole. It was mans covenant with himself. This covenant represented the future of Technology, Communication and Science. It allowed man to speak with himself but not to God.

Daily as I looked across the landscape I saw crosses everywhere. It was as if the world had become a graveyard with millions of crosses. Each cross represents a person and their inevitable appointment with death because of their sins.

You need to realize that heaven is for perfect people and you are not perfect, therefore you cannot get in. But if you understand the Cross of Christ and look closely, you will see HIM on your cross, in your place having already paid the price for your sins by dying for you.

Then if you acknowledge that Jesus is Gods Son, that He died in your place for your sins, past, present and future, you will gain entrance into His Father’s Heaven.