When I [Sentence] you, then do not blame me.

JESUS
Your King for Eternity !

I frequently meet Christians who react to a Born-Again Jew by exclaiming, “How awesome and special it must be “, they say “I wish I were one of the Chosen people!”  While I appreciate their love of the Jewish people, I always point out that if you know Jesus, the Bible says you are one of God’s chosen people.

Then I might add, just remember that being chosen has its burdens as well as its blessings.

If you’ve seen Fiddler on the Roof, you will remember Tevye the dairy man.  Tevye dryly suggested that maybe “for once, just for once God, could you choose someone else”. From Tevye’s perspective, being the chosen people had a high price ….persecutions, wanderings and broken dreams….while the benefits of being chosen remained illusive.

Others have struggled with the concept of “chosen people”. Some have gone so far as to ask, “What makes the Jews think they are so special, that God would choose them over all other people?”

Such questions thinly disguise the resentment that has often boiled up into vehement anti-Semitism.  That resentment provoked a poet to write, “How odd of God to choose the Jews, but not so odd as those who choose the Jewish God and hate the Jews.”

The Jewish people are not the only chosen ones. The Hebrew word for chosen, bachar reflects the more familiar New Testament concept of election. The Church of Jesus Christ is the elect of God (2 Timothy 2:10). If you have received Him as you Messiah and Savior, that means that God chose you!

God keeps His promises to both of His “Chosen Peoples”, Israel and the Church…for His names sake.  Both of us also experience the same resentment the world feels toward God’s chosen people.  All you have to do is tell the average person that Jesus Christ is the only way to have a relationship with God. People will resent you for being narrow-minded, just as they resent my Jewish people for being exclusive.

Israel and the Church both represent the blessing of God’s choosing.  Both demonstrate the truth of God’s love and faithfulness, His mercy and His grace.

Both Israel and the Church may experience deep and abiding failure. Both may be resented, hated even persecuted by the world. Yet both are people of great destiny with a hope filled future.

That future is secure ONLY for those who name the name of Christ, not because of the strength or the goodness of those who were chosen, but because of the faithful, loving and all-powerful God who chooses, so that He Himself might receive the glory. God chooses those who will believe in Him!

There is no Jew, no Gentile at the foot of HIS Cross. Only Born Again Jews and

Born Again Christians. Together we share a new family, formed to Worship and Praise only ONE KING…the Coming King of men and angels. No longer the lamb who was slain; now the King of Kings, the LION of the TRIBE of Judah. KING JESUS, THE KING OF ETERNITY. 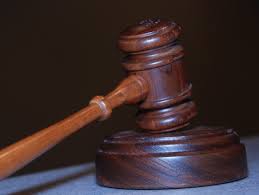 JESUS
Your King for Eternity

Who is this ONE we are called not to forget?

Let me remind you.

And we call HIM the KING of AGES.

That last title to me is the most awesome title of all …The King of AGES. Why because the King of Ages is the King of Eternity and if you believe in Jesus, then you my friend have become an Eternal Being with a future.

You will live in HIS Presence forever as He lives to please you and make you Happy throughout the Ages to come that He has planned for HIS eternal family to enjoy together.

1 Corinthians 2:9 (New Living Translation)
That is what the Scriptures mean when they say,
“No eye has seen, no ear has heard, and no mind has imagined what God has prepared for those who love him.”

If you “Love HIM” then remember Him, and He will remember you and like the thief on the Cross next to Him you will hear in your heart the Lord say to you…

“Today you will be with me in Paradise”.

You live in time, but you have no time.
Reach up and take His hand…He will never let go of you and you will be able to take comfort the rest of your days here no matter what comes because you now are living the great adventure.

A poem that has touched my heart deeply. Because as a believer you and I have the right to call God, Abba, Daddy.

Their faces I formed so that mine they would seek,
ears to listen for the Word I would speak,
eyes to see, minds to understand,
all they required I made with my Hand,
the Law and the Prophets for centuries foretold
the birth of a baby begotten of old,
in words un encoded, with language so plain,
that even the simplest could call on my name,
fathom mysteries of old, confounding the wise,
come, see the Messiah through a child’s eyes.

Please know that the Cross was made up of more than 2 beams. There is a 3rd piece of wood. Just like Jesus was nailed to the Cross, a small sign was nailed to His Cross above His head.

Everyone who believes He is who He says HE IS, now can enter the HOLY of HOLIES through the Blood of the LAMB and enter the Throne Room of El Gibbor…The Mighty GOD.

Everyone, who listens with their hearts will hear HIM.

Jesus does not shout, He whispers your name. His voice is carried by the Wind of the Holy Spirit.

The Cross of Christ is anchored deep in Judean soil in Jerusalem. Jerusalem is NOT the city of the Jews. Jerusalem belongs to GOD alone and no one else. Jerusalem is and will be the Center of GOD’s Universe; because HE will live there with us.

Jerusalem is GODS HOLY CITY and soon Jesus will come again to reclaim it forever!