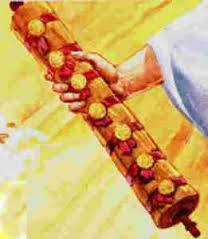 I have been spending time in the Book of Revelation. The Book has a Promise from God to everyone who takes the time to read it. It is the only Book of the Bible with a Blessing stated clearly to the reader…” Blessed is he who reads and those who hear the words of the prophecy, and heed the things which are written in it; for the time is near.”

This Book is rich in majesty and drama, for it is the Revealing, the REVELATION of Jesus as the King of Kings, the Almighty God, and the Sovereign King who reigns over Angels and Men and the Universe that He created. The King of All who comes back to finally take what is rightfully HIS…this Earth.

There have been moments in time when Heaven and Earth have been joined for the specific purposes of God. The two that stand out in my mind are the Birth of Jesus when Star light, Moon light, Angel light and Candle light brought Heaven and Earth together as ONE.

The other moment in time was the death of the God / Man, Emanuel (God With Us), the Messiah of Israel, The Christ …the Son of the Living God…on the Cross outside the City of God…Jerusalem.

The sky grew dark like night and the light from Heaven grew dim, unable to reach the Earth for 6 hours. In the darkness the earth was separated from Heavens light. But then in the morning of the 3rd day, the one who was born to be the light of the world rose from the dead and left an empty tomb with an open door for all to see. Jesus has Risen from the Dead…Yes…Risen indeed.

Death could not hold Him. He walked forth from the darkness of the tomb into the light bringing Joy in the morning to all who believed in Him. The promised Redeemer was alive, the first of those to be risen from the dead. The fact that HE lives means you will too if you have chosen to Follow Him.

Now mankind could put their HOPE in the Historical TRUTH of His Resurrection and gain FAITH in the HOLY One of Israel… the God/Man who can Raise the DEAD to a new LIFE.

The Book of Revelation shuts the door to the story of the OLD World Sacrificial System and Opens the Door to the Eternally unfolding story of the ONE TRUE GOD and HIS Love for HIS Creatures and Creation throughout all of Eternity. Many of Gods promises to mankind unfold and come to their conclusion in the Book of Revelation including the final destruction of evil forever. But the greatest promise of GOD would be to His Son JESUS reclaiming the TITLE DEED to the EARTH that is RIGHTFULLY HIS.

IF you have BIBLICAL WISDOM and DISCERNMENT; then you need to Remember Daily, the phrase of the Apostle John… “for the TIME IS NEAR”.