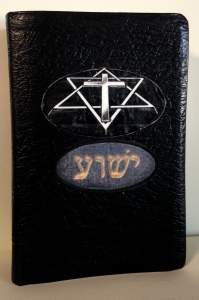 WHY ARE YOU RISKING YOUR ETERNAL DESTINY ON THE OPINIONS OF OTHERS; Rather than taking the time to EXPLORE GOD’S WORD FOR YOURSELF? Your friends could care less about absolute truth or the consequences of ignoring the truth…..BUT YOU CANNOT!

God has made His Word SIMPLE and EASY to understand not complicated and unknowable. He uses an economy of words that explain concepts of great depth so all people can understand what HE means. Rest assured that God always means what He says and says what He means.

With the latter said I am giving you an example below that will take you through the entire Bible message in 1 minute. This will bring the point home that God is God and you are His Child and everything He has written to YOU in HIS BOOK is simple enough for HIS Children to understand. YOU….WE …are all without excuse!

The Bible distilled down to 4 points

Four simple points. These four points contain depths of knowledge beyond our comprehension. For who among those He has created can say they understand Him or even begin to know HIM.

Point One: God had a vision to create an ultimate Holy and Eternal World where God and man would co-exist. This vision became reality when God said, “Let there be Light….” And so there was a place where God and man could walk together in a garden, in the cool of the day.

Point Two: Sin entered into this pristine world, twisting the relationship between God and man. This disease born on the dark wings of a fallen angel named Lucifer spread to every man and woman made in the image of God for all time.

Point Three: Two worlds now existed side by side. Two dimensions occupying the same space but not the same time. God in one and man in the other. But God promised to send His Son to redeem mankind and the world he lived in and re-unite both planes of existence…into ONE. And so the God / Man was born into the world to die for the world and make it ONE again.

Point Four: In the beginning everything was made new. Then for a time everything new became old and life became a cycle of continuing birth and death. But just as God had created the beginning He also created the new beginning of the end. God would bring forth new birth pangs that would ultimately give birth to a new blending of Earth and Heaven, a place where God and Man again would walk together forever.

The Bible is the Greatest Non-Fiction Story Ever Written and your Father…Almighty God wrote it especially for you and to you.

And I heard HIM say to me in my heart… Ernie ….Remind My Children That I love Them.