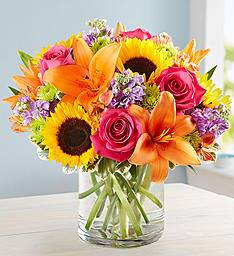 My mother told me the story of arriving at Auswiche with her sister and her sister’s children, nine-year-old Teddy and 11-year-old Lillian.

The four of them were in one line and a Nazi soldier pulled my mother out of the line and put her in a separate line by herself. My mother left the line 3 times to go back to be with her sister and her children.

Her eyes were locked on three precious souls, the four hearts beat as one as the three slowly disappeared from her view.

Her last memory would be seeing the silent scream on the face of her sister as her two children clinging to her, walked together into the gas chamber, into the darkness of a past that haunted her for the rest of her life.

Why wasn’t my mother allowed to stay in the line with her sister and the two children?

She didn’t know that the line her sister and children were in meant death in the gas chamber and that the other line meant life…but God did. Because I was born in the mind of God in Eternity Past Before HE Created the Heavens and Earth. God had already Pre-destined me to come to FAITH in HIS SON JESUS, the MESSIAH of ALL Nations, at 38 years old.

After the war my mother began a new life. She was a holocaust survivor, like my father. Unlike my father’s family who all came out alive, my mother lost everyone she loved. She came here alone. All the love she had for her family was now focused on me and she lived the rest of her life for me and lived through me.

She spent the remainder of her life confused and in tears.
She would continually be filled with anxiety for each step in
life I would take…always afraid that she would lose me. She is always on my mind and lives within my heart. I will carry her memory filled with tears; until the LORD Wipes Away My Tears FOREVER.