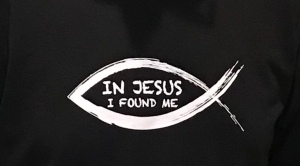 I have heard it said that God made man because God loves stories. There is no greater story than the “Greatest Story Ever Told” written within the Old and New Testaments. The Story is not fiction. It is Pre-Written History containing the Past, the Present and the Future. It is the Autobiography of God. History is HIS-Story.

Recently I spent time reviewing the materials I collected during the 3 years I searched for the Truth about God, after the death of my father.

During that period of time I investigated the World Religions of Judaism, Catholicism, Protestantism, Jehovah’s Witnesses, Mormonism, Islam, Hinduism, Buddhism and Atheism. All claimed to have the truth about God, yet the claims of all their Gods were different…so which is true? I found that the Gods of mankind’s religions demand that we reach up their gods.

In this world of sound bites, flashing images and continual bad news, we and our children have lost the ability to think deeply about anything. We want the answers but not the research the answers were developed from. We have become shallow thinkers blown about by every new fad or opinion. I was raised to think…I was raised to evaluate…I was raised to stand alone for my convictions… I was taught to drink deeply from the well of knowledge that God had provided in HIS Word.

What higher pursuit can we have if not to understand the Word of God given to us by the God who created us? Can anyone know us better? You were created an immortal, eternal being…. you will never go out of existence…you will always and forever be you. Do you not want to learn about where you will spend eternity the split second after you die?

Take the journey within HIS Bible as HE Speaks to ONLY YOU. Read HIS WORDS ALOUD and you will Hear HIS VOICE. You will be in AWE of the ONE who holds the Past, the Present, the Future and YOU in HIS hands.

Faith is Trust based on evidence we choose to Believe.
In my search for God through the years I have found that Mysteries are meant to be Revealed. That the Religions of mankind are complicated lies meant to Deceive. And The TRUTH…Gods TRUTH…is simple and clear.

Religion is the Voice of Man and cannot be defended from History, Science or Archeology because Religion is weaved from layers of complicated lies that will not stand. They are based in the shadows of legends, myths and fairy tales. I do not believe in the Gods that man has revealed through multiple religions.

Gods Truth is about a relationship that can be defended from History, Science, and Archeology. But that’s not what excites me!

I believe in the God who revealed Himself to His Creation through His Word. The Word’s given through Inspiration to His Ancient Prophets for us. The God that said man is but dust speaks to us today from ancient texts that HE has supernaturally preserved through time.

His Words of Truth have never changed because HE has never changed…HE Is the Ancient of Days, the Eternal and True God. HE revealed Himself to man, man did not reveal Him!
God knows the beginning from the end and because HE is THE ONLY GOD, HE Supernaturally proves who HE is through Prophecy; just as you would expect the real God to do…that’s what excites me!!!