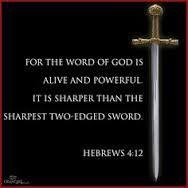 This is where all things begin. But before I can move forward I have to decide whose God I believe in? The cry of humanity is that there is One God. However when I study the religions of men and the multiple gods that are portrayed, they are ALL Different. The characteristics of the gods of men are not alike. So it begs the question, which god is real, which is false. Because there can only be ONE TRUE GOD. Here are some thoughts to ponder. Everyone believes in something by faith? Yet proving that faith in something by experience and emotions is impossible. The atheists cannot prove there is no God. The Pantheists cannot prove that everything is God. Nor can the agnostics prove that it is impossible to know one way or the other.

Denying the existence of God does not dispel the mysteries of life. We as human beings are unwillingly drawn to something greater than ourselves. Because we have questions. Who is Ernie Pahlek? How did I get here? What is my purpose here on earth? And lastly, where am I going when I die?

Today many scientists who believe in evolution also believe that the universe in all of its immensity and complexity did not just happen. Many are compelled to acknowledge the likelihood of an intelligent designer. Open the Book of Genesis and meet the designer of the EARTH, the UNIVERSE, and YOURSELF. The TRIUNE GOD is also the author of human history with a chosen interest in the Jewish people.

From the exodus of God’s people Israel to the coming of the Jewish Messiah, the God of the Bible rests His case on events witnessed in real time and locations you can visit today. From the beginning of Old Testament History through New Testament History you will find HIS-STORY. The Story of the MESSIAHS 1st Coming found in PROPHECIES written hundreds and thousands of years before; that have all come true. Israel’s past, present and future was pre-written along with the birth of Fallen Mankind and Fallen Mankind’s Death.

Together with other Prophets, Moses predicted not only Israel’s possession of the land but also, her unparalleled suffering and dispersion throughout the whole earth, her eventual repentance, and then finally her last days of restoration where only 1/3 will recognize their Messiah Jesus and will be saved and 2/3 will turn away from the True Messiah, putting their faith in the false messiah and be lost for eternity. Zechariah 13: 7,8,9.

Read the Greatest Story Ever Told. The Story of the Son of God in the Old and New Testaments. Then Read the Book of Revelation to find your FUTURE. Yes YOU are written on its pages because you are either part of mankind’s New Beginning or part of mankind’s End.