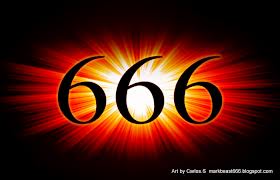 Will You Lift Your Voice with Fallen Humanity Crying Out……

I Can’t Believe…It’s Not The Messiah !

Christ’s ultimate question to you is “Who Do YOU Say That I Am?” This you could say is the biggest question put forth in the Bible. But there is a bigger question. A question that Christ’s question hinges on.  Jesus had just finished referring to HIMSELF as the Truth when Pontius Pilate raised a question in a voice dripping with sarcasm. Looking into the eyes of the ONE who would ultimately Judge him and sentence him to hell for eternity; Pilate sarcastically said…”What is Truth?”

And So Jesus, who is Truth was called a Liar…THE TRUTH became a lie. Since the beginning of the fall of man into sin and now throughout the generations since the Cross of Christ one thing has remained the same. Lies have taken the place of Truth. We are so comfortable with the LIES we no longer recognize the Truth.

Humans tend to react to everything first through our emotions. It is our Achilles’ heel. We react before we think, and therefore we can be led like sheep by any charismatic shepherd with the talent to manipulate us.

As long as the herd runs together as one, we will follow the leader, even if it means over a cliff.  The reason is that we have placed our faith not in the Truth but in The LIE.

What we believe always has an impact on what we do. The question is if you have put your faith and belief in the TRUTH. Or have you been swept up in the swift currents of the coming LIE?

The highest calling of humanity today is to save our planet …guess from who …from US. Yes, we know who the enemy is …the enemy is us!

So we put all of our energies into saving the planet, while ignoring the reality of the Truth and what’s really coming. We have put our heads in the sand, so we are and dumb and blind. We run with the rest of the sheep in a growing herd, led by charismatic shepherds that play off our emotions and our inability to think.

Humanity no longer recognizes the standard that is Gods own Son lifted up off the earth by the Cross. Instead, humanity will soon turn its eyes and hearts to an angel of light called Lucifer, Son of the Morning…as he introduces the Lie…the Imitator….the coming False Messiah….the Anti-Christ.

Listen to what God says about “The GREAT LIE that’s coming”, “Matthew 24 …For false Christ’s and false prophets will arise and will show great signs and wonders, so as to mislead, if possible, even the elect.. Mark 13:22  Jesus adds this…”but take heed, behold, I have told you everything in advance.”

Then in 2 Thessalonians 2, God brings the point home and drives the nails into the coffins of all those who do not BELIEVE in HIS SON but instead turn to the imitator.

9 The coming [of the lawless one, THE Antichrist] is through the activity and working of Satan and will be attended by great power and with all sorts of miracles and signs and delusive marvels–[all of them] lying wonders–

10 And by unlimited seduction to evil and with all wicked deception for those who are perishing (going to hell) because they did not welcome the Truth [Jesus} but refused to love it that they might be saved.

11 Therefore God sends upon them a misleading influence, a working of error and a strong delusion to make them believe what is false,

12 In order that all may be judged and condemned who did not believe in [who refused to adhere to, trust in, and rely on] the Truth [Jesus}, but [instead] took pleasure in unrighteousness.”

The Bible says that the fallen Angels are believers in the Truth, they tremble at their fate…but there is no Salvation for them through the Cross. Instead they wage war on the bearers of Gods Image…people. They do all they can to misdirect us so we too will share their fate in the lake of fire.

See Jesus through the lens of the New Testament as He speaks of events yet to come that HE will fulfill literally, bodily …and personally.

“Fix your eyes upon Jesus in a lowly stable in Bethlehem, and know that He is the virgin-born Son of God.

Fix your eyes upon Jesus and know that, as no other man, He lived a sinless life, and always, without exception, did the perfect will of His Heavenly Father.

Fix your eyes upon Jesus at His baptism in the Jordan River as the Holy Spirit descended upon Him, and hear the voice of His Father say, “this is my beloved Son in Whom I am well-pleased”.

Fix your eyes upon Jesus in the synagogue in Nazareth as He testified of Himself with these words: “ The Spirit of the Lord is upon ME, because he hath anointed ME to preach the gospel to the poor; he hath sent ME to heal the brokenhearted, to preach deliverance to the captives and recovering of sight to the blind, to set at liberty them that are bruised, to preach the acceptable year of the Lord.”

Fix your eyes upon Jesus as he taught His Father’s truth, healed the sick, restored the sight to the blind, and raised the dead; and, in so doing these things, demonstrated that He had the power to reverse the effects of sin.

Fix your eyes upon Jesus as from the cross with His last breath He spoke these triumphant words: “It is finished”. He was speaking of redemption for which purpose He had come into the world.

Fix your eyes upon Jesus on the third day following His crucifixion and burial and see the empty tomb and know that Jesus defeated satan, light defeated darkness and life defeated death.

Fix your eyes upon Jesus and see Him as He ascended from the Mount of Olives to Heaven, there to be enthroned at the right hand of His Father as our great High Priest, our advocate and intercessor.”

Yes, view our world through the lens of the life of Jesus, you will not despair nor will you be disappointed at history’s end.

Prior to Christ’s RETURN the IMITATOR will come with lies and Signs and Wonders so strong and believable that even the ELECT (Born Again Believers) might be deceived.

Share your faith with all those you love…show them the Standard. Introduce them while there is time to the REAL MESSIAH. In the end the only thing that will survive what is coming will be eternal souls. Everything else on the planet, including the planet, as we have known it will no longer be.

All things will be re-made new by the God who created them in the first place.

Prepare and study the TRUTH in HIS SCRIPTURES intimately and you will recognize the lie when it comes. Don’t listen to the false shepherds or the herd that follows them.

For in unison all over the world the EARTH DWELLERS, the Green bleating sheep will say to you with conviction when their shepherd the Imitator arrives…

I Can’t Believe…It’s NOT the Messiah!

“The Scriptures point out—in terms which few can fail to understand—that time does have an end; that God will intervene in the world of men; that God has a destiny for those who are willing to trust and believe in Him; and the Messiah of Israel and the Savior of humanity will judge the world and sift the sons of men!”(Walter Martin…Walter Martin Ministries)

One thought on “I Can’t Believe…It’s Not The Messiah !”