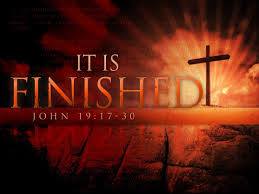 The marines represent the pride of the military of the United States of America.
They are always the first to go into combat and the last to leave.
I saw a billboard sign on the road to work this morning. It had a picture of a beautiful saber in its sheath. It is something to behold. The Marine saber represents the might of the United States of America.
The words over this saber on the billboard represent the creed of every American.
“Earned, Never Given”.
This is the way of mankind.
God uses the same 3 words but in a different sequence.
“Given, NEVER Earned”
This is the way of God.
I say the following all the time to anyone that has ears to hear…
I am not a Jew, or a Catholic, or an Episcopalian or a Lutheran. I am not a Methodist, or a Presbyterian or a Baptist. I am not a Charismatic nor am I a Pentecostal. For that matter I am not Yellow, Brown, Red, Black or White.
I am none of the above.
What I am, is a Child of I AM and a Follower of His SON Jesus.
Stop worrying…JESUS is coming to take you home !
Amen and Amen