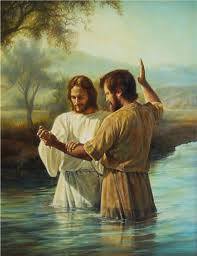 Isaiah 40:3… “A voice is calling, “Clear the way for the LORD in the wilderness; Make smooth in the desert a highway for our God.”
Mark 1:3…”the voice of one crying in the wilderness: ‘Prepare the way of the Lord, make his paths straight.”

After 400 years of silence

It is hard to imagine that God would not speak to HIS World and its people for 400 years. Previously God spoke through the Old Testament prophets, but the words of those prophets ended with Micah.

The prophets spoke to His Children, the nation of Israel. His children were to evangelize the world at that time and make the ONE TRUE GOD known to all…but they failed miserably. Because they put their trust and faith in the words of their rabbis. And the rabbis put their words above the WORD’S of GOD. Not the rabbis or the Jewish people understood the true righteousness nor the Holiness of the God who chose them out of all the nations of the earth to be His Voice.

Instead they built a man-made religious system thinking they could be more righteous and more holy than the God who made everything. And so God stopped speaking after the Prophet Micah and the Old Testament testimony of the Living God was closed forever.

Then one day 400 years later he came. A man born of the union of a man and woman. A man whom God called the “the Greatest ever born of woman.” It was hot. We could see him coming, walking slowly over the hot desert sands of time. At first he looked almost like a diffused image of a spirit, like a mirage…always coming closer. Then as he became clearer you could hear something like words being formed.

He was saying something that was caught up by the wind. At first it was hard to hear like a whisper on the wind. Then the words became crystal clear to us and his words boomed forth like Thunder, “Repent for the Kingdom of God is at Hand.” The words came forth like waves of the ocean crashing on the beach in a violent storm. They came on the waves of the wind, repeatedly like the call of trumpets.

This was John the Baptizer…John was born to be the last prophet of God to speak to the children of Israel. John the Herald of Christ was to be the last voice in the wilderness for God. He came to make a way, to clear the path for the Messiah of Israel came to speak to HIS WORLD. To make a clear way to the ONLY ONE who was THE WAY to Salvation and Heaven. The ONE, Who WAS, Who IS, and IS TO COME!

God used John the Baptizer to be the Voice in the Wilderness to begin the second and last part of the story of mankind’s civilization here on earth. This second book known to us as the New Testament, (The Jewish New Testament) would be presented by the Apostles as they spoke on behalf of the HOLY SPIRIT. GOD speaking to mankind once again after 400 years of silence.

Yet most of all the New Testament would contain the very words of God’s Son Yeshua / Jesus the Messiah of Israel and the Christ of HIS ONE True Church; to a lost and dying world devoid of the Truth of God. To human beings caught up in a satanic web of lies, and misconceptions about true reality as to who created them, who they are, why they were here and where they would spend Eternity after death.

Be Still and Listen with the Ears of Your Heart to wind, for John’s words still echo throughout the world we live in….they call YOU to REPENTANCE !

“BEHOLD the LAMB of GOD, WHO takes AWAY the SIN of the WORLD.”