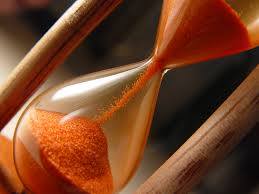 We no longer can trust the wisdom of Rabbis that is based on the wisdom of the Rabbis that have gone before them to interpret the Old Testament. They did not recognize their Messiah the First Time and they will Accept the False Messiah / Anti-Christ when he arrives soon.

As a Jew turning my back on Rabbinical Judaism was the hardest decision I have ever made in my life. I hungered to know the Truth about GOD after my father died. BUT found out that everything I was taught was a lie.

The choice I made back in 1985 cost me my family for ten years. For the first two years after my accepting JESUS as my Lord and Savior I was haunted by the thoughts as to whether
what I believed was real.

I felt that way because the pain of my decision was almost too great for me. I had not counted the cost before my decision. The cost was overwhelming to me in the beginning. Yet I could not go backwards, only forwards. You see the old way made no sense to me anymore.

As I reflect back this was a blessing for me. I had a passion to share my faith with the lost. This passion put me into situations that caused me to defend my faith in the Lord and in the only Book that revealed HIM to us.

I learned when you have the TRUTH and take a stand in a verbal conflict that the ears of those around you open and seeds are planted in the hearts of many…not just the one you are
waging war with.

Finally at the end of the two years I knew I stood on solid ground. I did not believe in legends, myths or fairy tales. My FAITH could be defended by History, Science, Archeology, but most of all through Messianic Prophecies. WHY, because the BIBLE is Gods Pre-Written History of mankind’s Past, Present and Future. I believed in literal facts that were defend-able…I believed in The ONLY TRUTH.

The Holy Spirit had taken me through the refiners fire into situations so dark that I could feel and almost taste the darkness around me. I had gone forward to stand in the battle for the minds and hearts of people but not by myself…for HE was always there with me.

When I reviewed the battles within my mind, I realized when I had no answer…The Holy Spirit
took over. You see it is HE that fights for us if we bravely step out in faith to witness and
make a difference.

So if you want to grow in wisdom, knowledge and faith; then begin NOW to share the GOSPEL and your Faith Story. Then you will start your journey to spiritual maturity and your discernment of GODS Word will continue to grow.

This is what the Lord wants for you. Only then can you become a witness who has withstood the refiners fire and reflects His Image of light in the darkness that surrounds you.