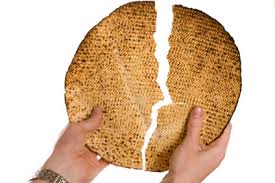 Today we know the true meaning of Passover from the perspective of History.

A group of thirteen men gathered together in a small upper room in Jerusalem. They were celebrating together the Jewish feast of Passover. The dinner conversation was centered on the story of God’s people.

The Teacher, Jesus, was now the Passover lamb.

This group of men made their way from dinner to a garden outside the city, a beautiful garden on a hill overlooking the Temple. Then in the distance the torches could be seen descending from the city and coming towards them.

Life as they knew it would never be the same!

The holiday of Passover is as much yours as mine. It is a holiday God wants us to remember as the night that history was split in two and the events that led to the redemption of God’s people (Born Again Jews and Born Again Christians) were put into motion at the Fullness of Time according to the plan of God.

The purpose of the meal was planned in eternity past within the Trinity so that a true SEEKER of God would be able to understand that the Coming Messiah, the Christ is contained in the elements of the Passover Meal.

The meal is an offering of Remembrance to Almighty God and His Super Natural Miracles of deliverance. But the main parts of the meal, the cup and the bread are there to call to Remembrance the ONE who drank the cup of sin, the ONE whose blood cleanses each of us who believe, the ONE who was born in the City of Beth-lehem…the City of Bread….Yeshua, whose Name means SALVATION…who IS HIMSELF the very Bread of Life…the Son of God.

TIME is almost Over. The DAWN of ETERNITY is Here; and the SON of GOD is Coming Back to take HIS OWN to HEAVEN. You know this Moment in Time as the RAPTURE…..its SOON…..VERY SOON.