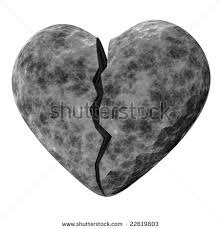 Death and War have been with humanity since Cain killed Abel back when time began. The line drawn in the sands of time divides GOD’s Truth, Wisdom, Discernment and Knowledge on the one side against Satan’s Lies, Myths, Fairytales, Legends and opinions of fallen mankind on the other side.

With the 2nd coming of Jesus brings the end of time and the end of the War of Ages which is being fought between Good and Evil. We know the events that are coming, we know that darkness reigns until the Dawn of Eternity breaks forth with the 2nd Coming of Jesus. The question is while we wait, what battles are we called to fight?

As I understand my calling from the LORD it is to focus only on ….The Cross and sharing His Gospel. Israel is the pawn of the god of this age because Israel does not know the True GOD. What is currently happening and what is yet to come will set the worlds stage for the LAST ACT of Mankind’s History.

The Nation of Israel is the focus of this final curtain that God will draw to a close as ALL the Nations of the Earth will encamp around Israel to destroy it. But if you have read your Bible, then you know all this and that The Messiah of Israel, your Messiah, will come back to save the nation of Israel, but only the 1/3rd that will believe in Jesus will be saved when they “Look upon HIM Whom THEY Have PIERCED”.

This means the GOD that destroyed every evil person on earth with the exception of Noah and His Family (only 8 people) in the Flood and also allowed the Holocaust of the Nation of Israel during the 2nd World War; Is the same GOD who will allow 2/3rd’s of the Nation of Israel to experience a greater Holocaust at the hands of ALL the Nations that come against her; when HE COMES BACK to this Earth a Second Time.

Justice and Judgement for all evil committed throughout time belongs to GOD not you, not me. Then every Evil person (those that have not repented of their Sins by accepting Jesus Death on the Cross) will learn to fear their Righteous and Holy God as they cry out for the Rocks to hide them from Jesus.

Luke 12: 4-5  “And I say to you, My friends, do not be afraid of those who kill the body, and after that have no more that they can do. 5 But I will show you whom you should fear: Fear Him who, after He has killed, has power to cast into hell; yes, I say to you, fear Him (GOD)!

Mankind without Salvation is already DEAD and they all speak one common language called DEATH. Death is the Language of Evil that comes from a Broken Heart Made of Stone. It twists everything so that what is right is wrong and what is wrong is right. The only people that hear and understand evil are those with dead hearts and deaf ears. They worship the god of this world and the religions of men. They live in a world filled with shadows. They are the Walking Dead all around us who will remain filled with sin, unless they turn to Christ and receive a new circumcised heart of flesh that beats with HIS and then pumps Royal Blood making them a Child of God and an Alien here on Earth.

There is an Alien Airlift coming for all those that hear the words of the ONE True God as they swim in the sewage of this world waiting to be rescued. The Children of God will hear the Trumpet of GOD with the ears of their hearts and disappear as the walking dead hear nothing and continue to enjoy the sewage and darkness that envelopes them.

There is nothing of Eternal Value on this planet except the Souls of those you LOVE.

Our Call is to stand alone in the darkness that surrounds us like a PILLAR OF FIRE sharing the Truth with everyone God brings into our path or within the sound of our voice. We are Soldiers of the Cross who battle for the Souls of those we love who are closest to us.