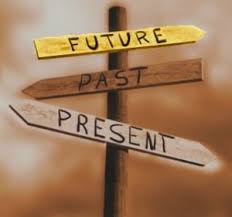 Others say they want to go forward into the future. They say they cannot wait to see what mankind through technology will do for us. They dream of traveling not to far off lands but distant stars and solar systems.

It seems that today’s world is too complicated for most of us. We want a simpler life in the past or a life made easy in the future. A time when the world has become so small we will come to the realization that we are one family.

I have to admit I felt the same earlier in my life. Any time would be better than the time I lived in. Going back in time would give me the advantage of knowledge. Going forward in time gave me hope that things would get better because of the advances in science and technology.

We look into the past through the lens of History. History being documented fact. So those of us who want to go into the past do so because of what we know of the recorded past.

The same holds true of the future except the lens we look through is clouded. We draw conclusions about the future based on the ever changing technologies of today; making our conclusions nothing more than a guess.

Since I became a believer in Jesus as my Savior and Lord, I have developed a different point of view on this topic. The worldview of non believers is shaped by the accomplishments of mankind and mans ability to provide for himself a future.

My worldview is shaped by God and the details of His accomplishments written by Him in His Autobiography…the Holy Bible. He has the answers to everything. God is the only expert witness because He was there at the very beginning.