WARNING:
Evolution, Concept From The Dark Side !

Evolution is taught as an absolute fact in practically every school in the Western world, from elementary grades through graduate school. It also dominates the news media and the legal and political systems.

But the remarkable fact is that the real facts of science do not support it at all. As a result, literally thousands of fully credentialed scientists have repudiated it altogether in recent decades and have become believers in special creation.

So if the earth and all that is in it was created by design…who is the designer?

Here are some helpful hints:

“In the Beginning GOD created the heavens and the earth”…Genesis1:1.

“You alone are the Lord; You have made heaven, the heaven of heavens,
with all their host, the earth and everything on it, the seas and all that is in them”…Neh.9:6.

“All flesh is not the same flesh, but there is one kind of flesh of men, another flesh of animals, another of fish, and another of birds”…1Cor. 15:39.

Today DNA testing confirms that humans do not have the same DNA as animals.

One of the beauties of Scripture is that, though it was written by many authors all separated by time and space, it is completely harmonious throughout. Creation is the unanimous teaching of the entire Word of God.

So when is Mankind going to set aside his pride and admit there is a knowable God. That we are created Creature’s and HE is our CREATOR; that we are the clay and HE is the potter. I fear for all the people I know and love, because the vast majority of humanity just doesn’t seem to care about the True God.

Because of their disinterest, their apathy, their ignorance, their PRIDE…they themselves are choosing their destiny, not GOD.

God who says in His Book that HE is coming in HIS Great Wrath to judge mankind and the earth…is coming soon. Israel is Gods prophetic time clock. The Bible prophecies of Almighty GOD are coming alive in today’s headlines.

Pray without ceasing for those you love, that the Lord God of the harvest will not only send workers into the fields, but that His Holy Spirit, the Ruach Ha Kodesh will open the hearts and minds of people to accept the Truth contained in the only Real Extra Terrestrial Book on the Planet…Gods Old and New Testaments…His Bible…HIS WORD to each of us…HIS Pre-Written HIS-Story.

YOU ARE WRITTEN on Every Page. And YOU will be Accountable to HIM for Every Word when YOU Stand Before HIM. 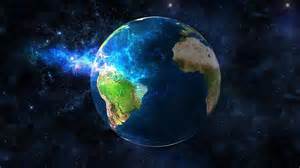